A Chilly 47 Degrees and Ribs!

I was really excited when Elizabeth gifted me the Weber Genesis the other week.  Ever since I had it setup on the patio, I have been trying to grill everything I can.

"What's for dinner tonight?" I asked Elizabeth.
"I have pre-made enchaladas in the freezer.  I just need to warm them in the oven."  She replied.
"Can we heat them up on the grill?"  I pondered.


Anyway, this weekend bringing Easter Sunday, and you know how most people go ahead and eat some pork, I decided to shake things up, and make the pork on Saturday, and not a ham either, but rather, a slab of baby backs.

The weather wasn't quite right for ribs, but I decided that 47 degrees, a little rain, and moderate wind were not going to keep me from grilling!

Thanks to my good friend Russell in Oklahoma, where they certainly know their BBQ, I have a nice rub to prepare the rack with.  Thanks Russ!

First I had to trim the fat, the pieces of dangling meat, and rip that silver skin off the bottom. 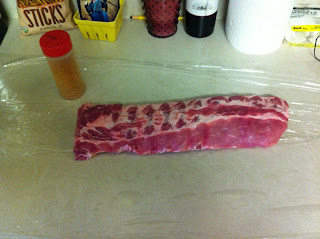 Next I had to get that rub on nice and thick like reasonably layered.  *Actually, I put too much on this time, and will consider another go, but with half as much rub.  Still good though. 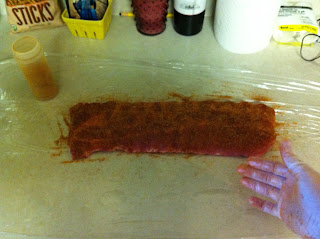 Then I wrapped it up tight in some plastic wrap and put it in the fridge for an hour or so. 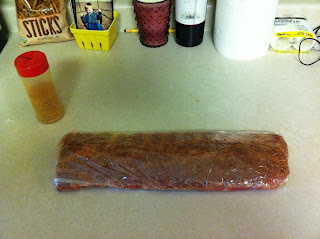 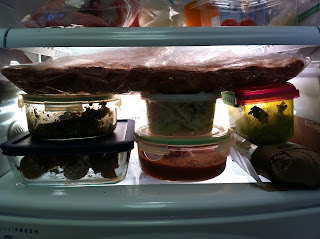 Next, I set my grill to approximately 225 degrees F, and put the ribs on.  Indirect heat of course. 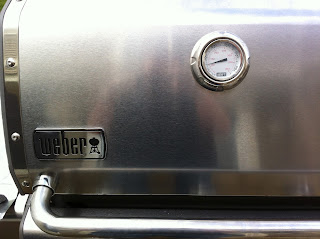 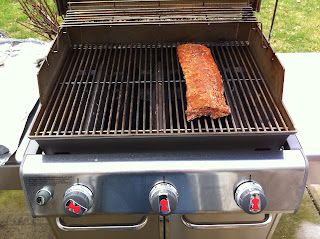 Now it was time to go poor a nice cold Ale.  This has really turned out to be a good choice! 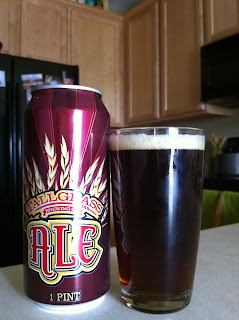 About an hour or so has passed, and the ribs have taken on enough flavor from the open flame/flavorizor bars on the grill; it's time to wrap them up in foil. 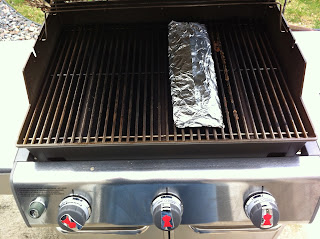 This was the first time I have tried Annie's BBQ sauce, and I was very happy with the product.  Sweet and smoky, just like the label indicates. 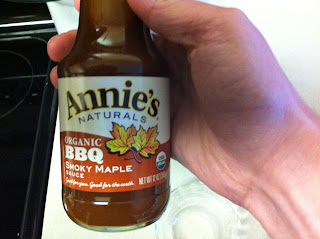 You gotta get those rubs out of the foil now, and finish them off with some slathering.  I don't have a traditional mop for this part, just a silicon pastry brush. 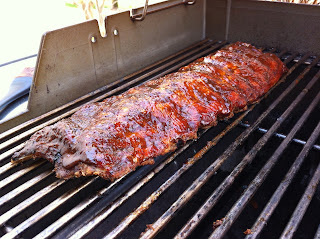 About 3 1/2 hours have past now, and it's time to start carving. 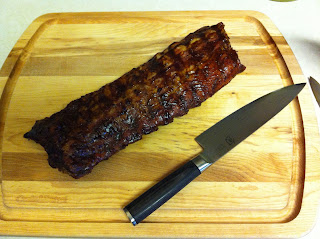 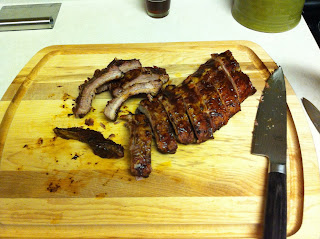 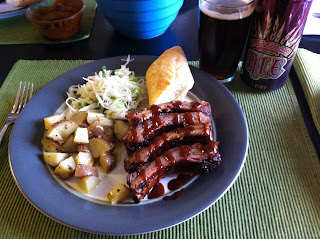 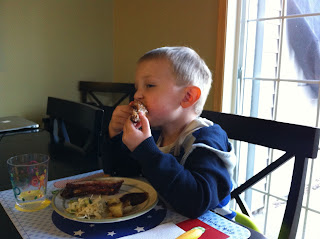 Posted by Anthony Holloway at 7:48 PM

welcome to the holloway family blog. a place where we can share memories and updates with the people in our lives.